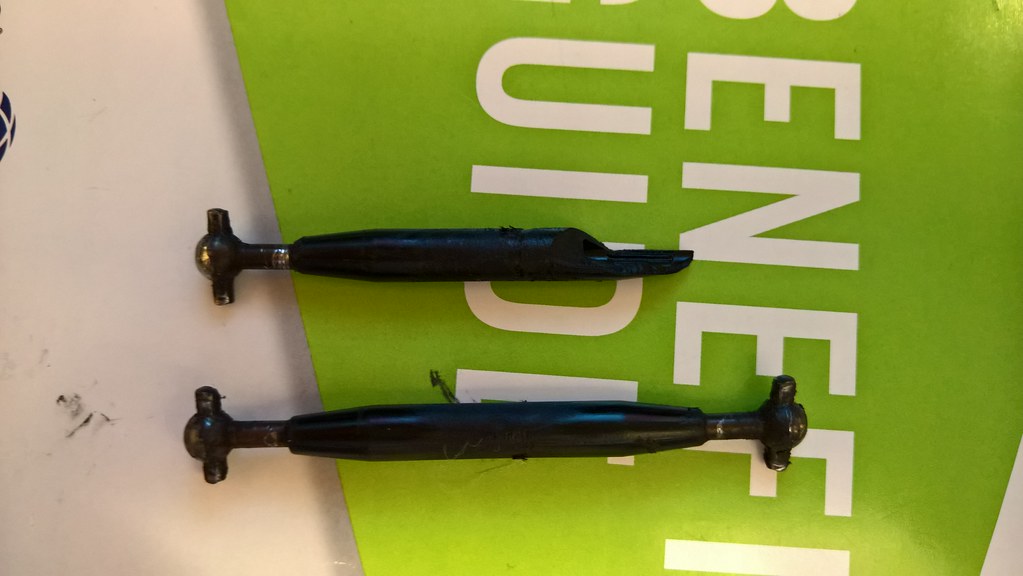 Being reminded of some of the Kyosho Raider Weak Points

The stock shock bodies do crack after some abuse as you've seen. The ones I put on have built in O-rings to seal them from leakage on the inside. If you look inside, you can see 2 orange colored o-rings. I don't think it'll leak, as I've run it a few times already, but who knows.

Weak point is those dogbones with the plastic midsection, the plastic part cracks and the dogbone breaks in half. Cheapest solution to this is to get OT6 dogbones from the vintage Ultima/Optima series since they are all steel, cheap and easy to find on ebay.

My son already snapped one of them when he drove into a tree root. I replaced it with metal dogbones of the same length, but not OT6. Didn't find out that OT6 were the correct ones until later. The ones I have work, but I suppose I can change to OT6 later if I really want to.

Gearbox has many gears, ball bearings make a big difference in performance and run times on this model. Gearbox is apparantly weak especially with hotter motors but Ive never had any issues with mine despite all the abuse, I'm using the stock 540 motor.

I was on the fence on getting ball bearings for this car. Maybe I will now if it makes that much of a difference.

On another note... I really hate the tie-rod/turnbuckle + servo setup on this car. Any ideas on what I could replace them with so that the tie-rod doesn't rub the bottom of the chassis? And maybe hopefully improve the turning radius. 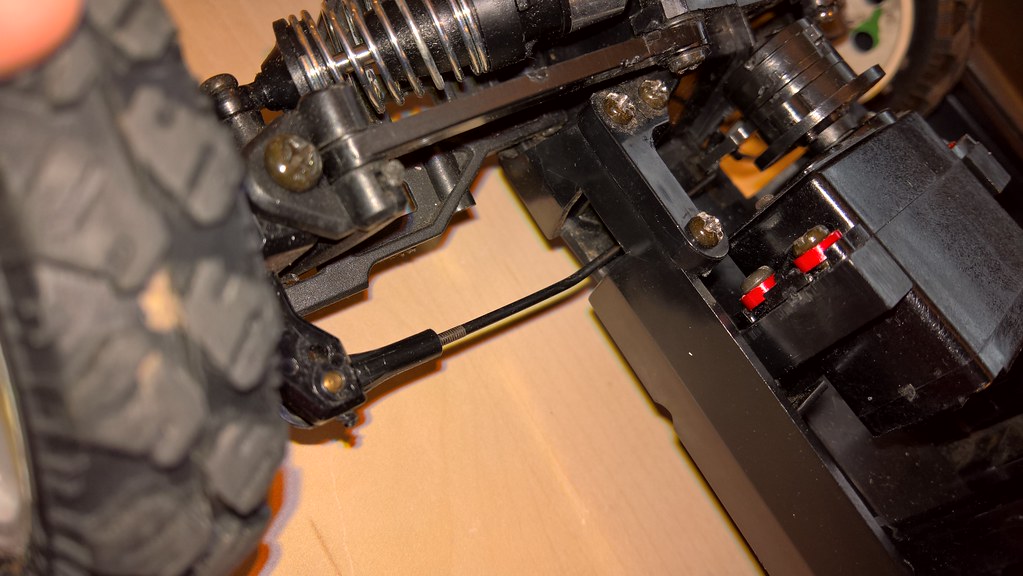